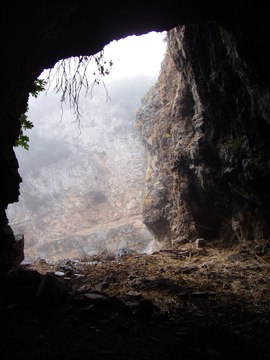 In 2005, the three-year Pelion Cave Project was initiated by the Danish Institute at Athens in cooperation with the Ephorate of Palaeoanthropology and Speleology of Northern Greece under the Greek Ministry of Culture. Project director is archaeologist Niels H. Andreasen. The purpose of the project is to shed light on the diversity, complexity and development of cave use on Mount Pelion in Thessaly, mainly from the end of the Ottoman period in that region (1881) until today.

The survey on Mount Pelion of 2006-2008 documented around 160 caves and rock shelters and compiled a rich collection of ethnographic material. Drawing on archaeological and topographical data from the caves as well as documentary records, oral history and folklore, the project has raised interesting issues about cave use prior to and following the onset of the industrialised period. Cave use on Pelion demonstrates complexities beyond the picture usually perceived by archaeologists and provides a fascinating glimpse of a humanised landscape existing outside the cultural landscape of villages and fields.